Open Innovation, crowdsourcing and the rebirth of LEGO 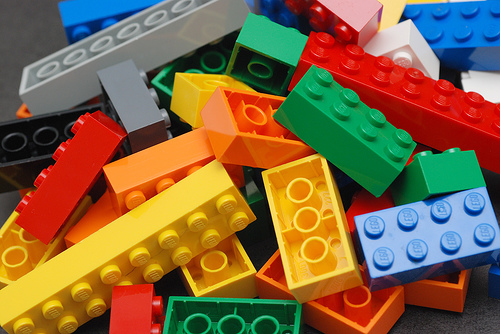 There are 62 LEGO bricks per person in the world. The turnover of the Danish group has increased by 38% in 2008 to reach 182 million Euros. However, LEGO, having experienced the first loss in its history in 1998, recorded a historic loss of 188 million Euros in 2003, fewer than 6 years.

The LEGO group has managed to rectify the situation by dramatically revisiting its innovation policy and its relationship with the user of LEGO, including turning to open innovation and crowdsourcing.

Change of brick, change of CEO

In the 1990s, when children became more and more interested in video games, computers etc., LEGO passed exceptionally close to bankruptcy. It was then that LEGO recruited Jorgen Vig Knudstorp as new CEO. The latter combines a typical Scandinavian modesty with a typical American feature : the belief of making money to survive in a world controlled by Playstations and iPods.

Firstly, Knudstorp had to change the culture of the LEGO group replacing the number one priority “taking care of children” with “making money for the company”. The various actions in this direction are for example relocation, removal of variations on the LEGO people, and removal of a significant number of activities they had developed over the years but that did not correspond to the core-business (amusement parks etc.). Stop diversification, the group now focuses on profitability and competitiveness.

Innovation at the heart of the renaissance

The relationship with users of LEGO had been neglected during difficult years, which affects the image and to income from LEGO. The second aspect of the intervention Knudstorp was therefore to engage the group in a new innovation policy. In particular, a particularly innovative client relationship has been established through the creation of a social network dedicated to children and LEGO bricks.

In addition, LEGO at the same time becomes aware of interest in LEGO by young adults. This is particularly true regarding the range of LEGO Mindstorms, equipped with various sensors and programmable by computer. This awareness led to a series of decisions

“LEGO ambassadors” become a way to listen to users

To improve relations and dialogue with its customers, the LEGO Group has implemented the program “LEGO Ambassador” consisting in selecting around forty ambassadors in over twenty countries around the world among the community of fans that had naturally developed on the Internet. These ambassadors representing these communities, are responsible for transmitting information in one way or another and are completely integrated into the design of new products. Always following the awareness of the use of LEGO bricks by young adults, the Danish group also worked on its image in order to exploit this evolution. The illustration is taken from an advertising campaign that LEGO recently launched in Germany. This campaign is really explicit about the new positioning of LEGO on adults (image and baseline). This campaign refers with humor to encrypted films and contrasts with the traditional image of LEGO.

With the introduction of LEGO Mindstorms (LEGO equipped with sensors and programmable), advanced users began to hack the system to customize and use it in a way that the Danish company had not foreseen . After trying to fight these hackers, LEGO finally became aware of the potential that laid behind them. LEGO finally allowed such “forced collaboration”. This allowed LEGO to benefit from crowdsourcing, ie the ability to harness the creativity and intelligence of a large number of users.

LEGO has even pushed the experiment further by setting up its LEGO Factory , a free downloadable software to design its own “toy” and then order it.

In summary, the innovation that allowed LEGO to recover from its near-death experience is primarily an opening to the outside. LEGO opened their innovation…

Related articles on the web