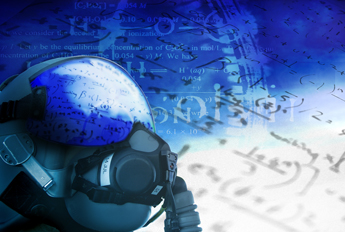 We have seen the example of Apple and its iPhone, result of extensive collaborations with startups to produce a best-selling product.

We are here in the very competitive sector of electronics products, with short cycles, intense competition on price, customers with high expectations … in short all the factors requiring the use of Open Innovation to reduce risks and take a strategic advantage over the competition.

Some might think that in this sector, it is easier to manage collaborations and that the notion of industrial secrets is less vital than in their own sector of activities.

Open Innovation is compatible with secret

What would be the area that you would think is the most reluctant to this “opening” or sharing? With no doubt : Security and Defense.

While Defense was for a long time not using Open Innovation, this has changed!

The AFRL (Air Force Research Laboratory), in charge of all the research for the American Air defense is using the concept of Open Innovation!  They traditionally collaborated with research centers and private companies. Now they have opened their doors to the concept of Open Innovation systematically through an intermediary such as PRESANS. The goal: find new cross-field partners, Parners that the Air Force would never have found by themselves because they are outside of their networks (cross-field and international). This partner identification through an intermediary enables the AFRL to manage whith whom they wish to collaborate (what skills) and in which area. This is a real revolution in the world of Defense.

This example confirms the following points:

This is thus an example of changes in the management of the R&D. The path is now open to all businesses …

This articles was written by Mathieu Dupas from innovationpartagee.