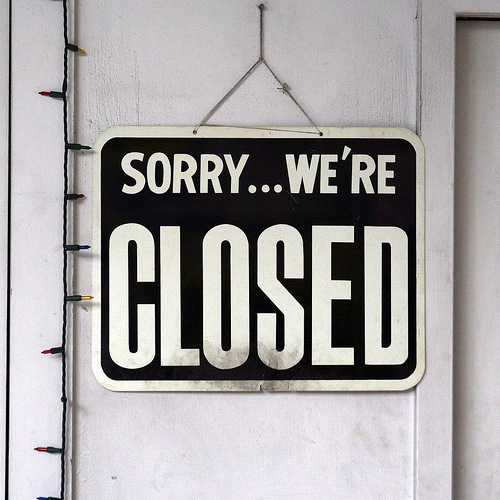 Within the closed innovation paradigm, the process leading to innovation is completely controlled; all the intellectual property is developed internally and kept within the company frontiers until the new product is released on the market.

One of the main reasons that lead to a closed management of innovation at the beginning of the 20th century is the lack of involvement of both universities and governments into industrial and commercial applications of scientific research. This lack of involvement lead companies to create their own department of Research & Development (R&D) to be able to perfectly control new product development cycles.

The period between the end of World War II and the mid 80s corresponds to the Golden Age of internal R&D. Many R&D departments of private companies were at the leading edge of scientific research. In addition, this involvement into internal R&D was perceived as a strong barrier for potential new competitors, as large investments that had to be done to be able to compete.

Closed innovation implies a deep vertical integration (from manufacturing tools to after sale services): the company can and must only count on itself, in particular regarding critical technologies. This is around that time that the “Not Invented Here” syndrome appeared: everything coming from outside is suspicious and not reliable.

Tension between Research and Development

Because priorities and motivations of people in R&D departments are not the same, there is a form of tension between Research and Development.

Research is synonymous of exploration, of new frontier, of new discovery (why?) that cannot be predicted or anticipated. The research center people don’t like time constraints and research is generally structured as a cost center: the goal is to keep under budget.

The shelf as a solution

To improve the connectivity between Research and Development and to loosen the coupling between them, many companies have set up a buffer between these two departments. The role of the buffer is to store on the shelf a technology when it comes out of Research to wait until Development is ready to take over. During the post war golden age, many discoveries have been “stored on the shelf” for periods as long as several years.

Within the closed innovation paradigm, companies could enter a virtuous circle by investing in R&D and by capturing a significant fraction of the value of created technologies by putting them on the market. In order to maintain this virtuous circle, qualified people have to stay within the company and intellectual property has to be carefully protected.

However, in various industrial sectors, a number of factors have contributed to the erosion of the virtuous circle, hence breaking the paradigm of closed innovation. Companies that could not adapt to theses changes have suffered from significant losses (e.g. Xerox). This will be the subject of our upcoming article “the erosion of close innovation”.