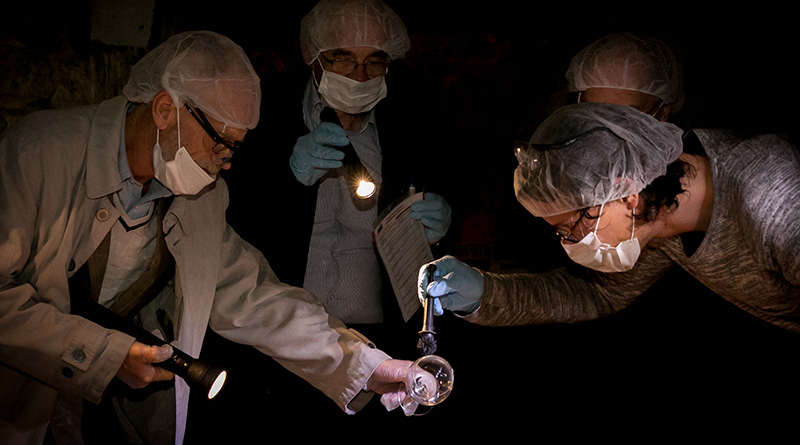 Friday October 7, PARIS — The urban halls of Remix Coworking once again rang with the clamor of the Presans Raout. Expectations had been set high by the previous edition of the Parisian industrial innovation event. Presans CEO Albert Meige managed once again to take everyone by surprise.

Sure, the Presans team went in with a rough map of what was about to transpire. The Raout is our annual company gathering, a time of reckoning, a time when visions are shared and strategies discussed.  In 2016, a snapshot picture of Presans would reveal the following facts:

Anthony Gutman, Director of Remix and all-around marketing wizard, then popped by to help us dig deep, in search of our brand concept. Very deep. This at times harrowing process of self-discovery proved fruitful. Then came the open segment of the Raout. We didn’t deviate from last year’s formula: essentially there were invited speakers, and there was a lot of networking. The overall theme of the talks was ‘disruption‘. Knowing that rehashed disruption stories/hype wouldn’t cut it in front of an industrial innovation audience, we worked hard to put together a mix of speakers able to catch everybody off guard (did our speakers achieve their goal? see our recap here).

Our sponsor deserve to be thanked:

We wanted a broad scope and fresh perspectives, and in true Presans style, we gave real doers and thinkers a voice, which in turn provided fuel for lively conversations all through the evening afterwards. An elite phalanx of Raout attendants topped things off in a nearby cocktail club. The next day started with a lot of coffee and secretive strategy workshops. Top partners and customers generously provided input alongside members of the Presans team, but I’m really not at liberty to divulge more than that. We lunched with our guests around noon, and the moment was fast approaching where the Presans team would find itself on its own. Nobody had the slightest clue regarding what the afternoon and evening would hold — at least that feeling is starting to become familiar. We left to reach our meeting point for the final stage of the Raout. At a secret location located 20 meters below the streets of Paris, the Presans team received a briefing by none other than Xavier Laroche on the specifics of several historical murder mysteries. For those who may not have heard of him, Xavier Laroche is a high profile international forensic expert with an inexhaustible supply of anecdotes and data on crime and ballistics. The PCI (Presans Criminal Investigation) unit then accepted the challenge of solving a rural murder mystery, mostly without leaving the subterranean banquet table. Given the vast accumulation of brainpower, including Fellow founding father Jacques Schmitt, the murder mystery did not last beyond the dessert course, when our new recruit Philippe Perrier decided to end it with one bold stroke. We emerged from this dark and brutal underworld before midnight, glad to make it back safe to the comforts of our homes!

This year, the Presans Raout took everyone by surprise once again, yes. But by strengthening the community of people who cultivate the spirit of innovation in the world of industry, it also achieved a bit more than that.