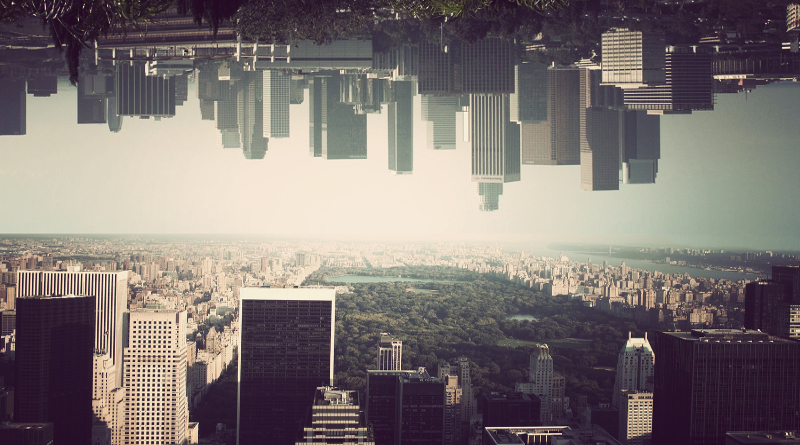 In the previous articles of this series, we wrote about Internal Knowledge, Time Horizon, Frontier Sciences, Academic Knowledge and Learning and Experience.  Here we deal with Parallel Worlds. Parallel worlds, shown in the figure as a box between learning and experience and the company’s in-house knowledge, contain industrial knowledge far from the standard knowledge base of the company’s own industry. The piece of knowledge may be unexpected and not present in the existing knowledge base of the company’s industry but applicable to the company’s situation. For example, a metal packaging company trying to conceive a fraud-resistant container for medicine will have a good chance of being inspired by exploring knowledge in the banknote and credit card printing industry. This is a magical instant when a concept is taken from a given industry and combined with the traditional elements of another industry to create value. It is called creative addition. Fruitful knowledge often comes from areas that are not necessarily connected to the original industry. We call these seemingly disconnected silos of knowledge parallel worlds. Next, we will provide two rich examples of sourcing of knowledge from parallel worlds.

Finding a good idea, a better material, a better process, or simply a new perspective from a different industry is a fertile route for innovation. Examples abound. We have provided two brief examples in the above inset, but we could have included additional examples, such as Fischer Sports GmbH limiting the vibration in skis by using an old technique for limiting the resonance in violins or Henry Ford drawing inspiration for his automobile assembly line from the belt system used for meat processing by large slaughterhouses in Chicago, Illinois.

Example of the Schindler rope The Schindler Group is a leader in elevator manufacturing. In the 1990s, the company assigned a student to perform an exploratory survey for a better material than steel for lift cables. The student explored many fields and found that aramid ropes, developed decades earlier for rock climbing, performed far better than steel cables in terms of strength, flexibility, and longevity. The corresponding detailed knowledge was gradually acquired and reworked by Schindler. After a long qualification phase, aramid-rope-based elevators are now manufactured and marketed by the Schindler Group.

BMW was searching for new human machine interfaces (HMIs) for adapting cars to modern numerical services such as GPS and hands-free telephone. The BMW project team members used their networks of contacts in Silicon Valley to explore and connect with the video-game community. Thanks to various collaborations with joystick designers, BMW developed its iDrive, a simple and intuitive switching system which drivers can use while keeping their eyes on the road.

Another rich parallel world is Mother Nature. In countless cases creative thinking has been derived from the incredible performances of bacteria, plants, and animals through the ages of natural selection. In the above insets, we have given two recent examples, but there are many other familiar examples, such as honeycomb structures used in many applications, bullet train noses being inspired by kingfisher birds, and robot actuators being influenced by elephant trunks.

Example of the Nanopass needle

Researchers in Japan decided to study a type of mosquito that stings people without hurting them (at least, at the biting phase). They were seeking a novel design for an injection needle that would cause less pain for patients. As a result of this research, they designed the Nanopass 33, a sharp, thin, conical needle which was released in 2005. Millions of these needles have been sold. Humans are fascinated by the geckoes’ capability of walking on a ceiling. Geckoes can do this because of the temporary adhesion of their feet, this adhesion being termed van der Waals force. For decades nanotechnologists have tried to mimic the hairlike structure of the skin on the sole of a gecko’s foot. Recently, a group led by Professor Al Crosbyat the University of Massachusetts, Amherst designed a textile-like pad, Geckskin, which indeed has a remarkable adhesion without wetting the contact surface. The invention is now pushing its way through applications.

This article was initially published in the book Innovation Intelligence (2015). It is in the second section of the third chapter.