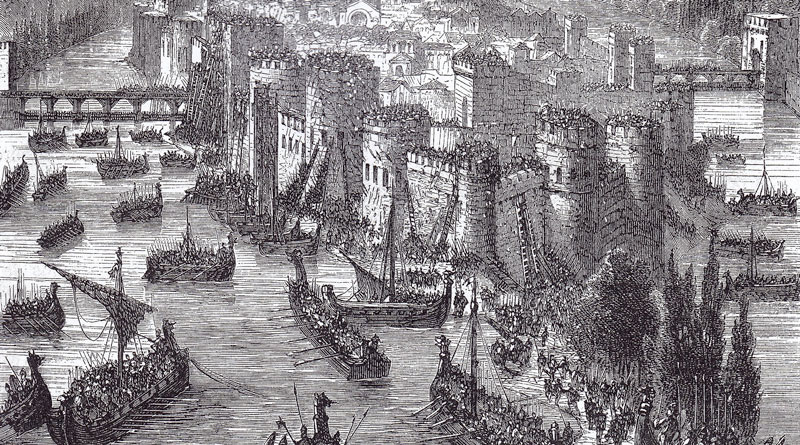 A company’s corporate culture prescribes to its members what to believe, what to prefer, what to do and how to do it. Such a set of prescriptions is based on the example of leaders, on the traditions of the past, and on bureaucratic rules. It follows that changing a corporate culture is a complex undertaking fraught with perils. In addition, given that successful firms tend to evolve a culture that is adapted to their industry, changing that culture should not be attempted on frivolous grounds.

On the other hand, companies stand in front of massive waves of disruption that threaten to wipe out their established positions. Their long-term dominance or survival hinges upon their ability to go beyond incremental innovation, and even beyond breakthrough innovation. As Clay Christensen showed, companies tend to get blindsided by disruptive innovation precisely because it lacks the allure of breakthrough performance. Disruption occurs in underserved and unprestigious segments of the market. Members of established, successful corporate cultures tend to reject it categorically: disruption, in whichever guise it presents itself, “isn’t who we are”.

Changing the corporate culture of a company because you want to innovate is not a good idea, according to Stefan Lindegaard. Changing the mindset is a superior approach to the problem. Mindset is related to culture, however it characterizes an individual, not a group. Changing an individual’s mindset doesn’t require a cultural transformation. And there is an affinity between innovation and mindset. Indeed you don’t need to get into a special mindset if your goal is to go with the flow and to avoid challenging the status quo. However, conquering new territories usually requires breaking with familiar habits and adopting what we at Presans call the game-changer mindset.

The game-changer mindset is not for everyone. In fact, innovation isn’t for everyone. It appears that keeping things small and agile is the smart way to engage the threat of disruption. Commando-like nimbleness could be the best way for a company to avoid the fate of Kodak. That is in any case how Henri Seydoux pushed Parrot’s reinvention as a maker of drones. In a similar manner, Jean Botti successfully created a startup outside of Airbus to build the E-Fan electric plane.

These examples suggest that strong leadership is a key factor in innovation. In the 1980s, Saint-Gobain under Jean-Louis Beffa redeployed itself as a global, customer-centric firm. But strong leadership can also cause a company’s destruction, as in the case of Alcatel under Serge Tchuruk’s command. Alcatel decided that it needed to get rid of all of its production facilities in order to focus exclusively on the intellectual dimension of engineering.

Alcatel missed an essential aspect of the game-changer mindset.

As Simon Sinek would say, you need to start with why. Why are you there in the first place? The why question defines the essential way in which a company relates to its customers. It captures the essential core of its identity. As Miguel Aubouy explained to us a couple of months ago, Kodak suffered from a wrong understanding of its own identity and failed to find the collective energy to renew itself. In the case of Alcatel, the transformative energy and leadership were certainly there. However, the redefinition of the company’s identity essentially left the customer out of the picture. Tchuruk’s mistake was to base the identity of his company on a management fad.

The game-changer mindset is not about disrupting the world for the sake of disrupting the world. Even the most radical transformation needs continuity of purpose to succed. And, in the case of long-established companies, this continuity of purpose extends relatively far into the past, into the domain of legend and myth. The defining crises, the seminal choices of the past acquire new retrospective meanings in light of the problems of the present and of the future. That is the power of identity.

A sure sign of the game-changer mindset is the idea that we owe a debt to past heroes of disruption. With the possible exception of Naval Ravikant, game-changers believe in heroes. Because What would my favorite hero do? is a powerful question.

And perhaps your actions will inspire your successors to ask the same question with your own example in mind!