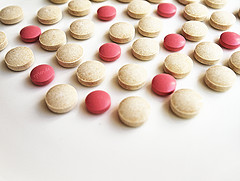 In the beginning of the 21st century Henry Chesbrough coined the paradigm of Open Innovation in management sciences. Open Innovation is defined as “the use of inflows and outflows of knowledge to accelerate internal innovation, and expand the markets for external use of innovation, respectively” (Chesbrough, H., 2003).

The concept of lead users was first mentioned by Eric von Hippel. According to von Hippel, lead users facing a particular problem, develop their own innovative solutions; these solutions having a large potential for others, even before they realize it (Von Hippel, E., 1988).

Based on these two currents in management science, 11 years ago an Open and User Innovation Community was created. The Community organizes each year conference where specialists from both academia and industry present their research in various different industrial fields. This year (2013) the conference was organized in Brighton; I was there as Operations Manager at Presans and researcher at Paris-Dauphine University.

One of the hot topics was open and user innovation in the health industry. In this industry, scientists look for new treatments, therapies and cures to diseases. However, it appears, that new solutions do not come from scientists alone, but also from patients (with their friends and families) suffering from these diseases.

Let’s take the case of rare diseases. Very little research is carried to cure rare diseases due to the insufficient economical incentives. Patients, left by themselves with their rare disease, are therefore “obliged” to develop their own innovative solutions. These solutions are then very often studied, improved and published by medical doctors/researchers. You can find bellow two examples of user innovations.

One of the most important challenges is the systematic identification of such lead users, as well as how to make their innovations broadly available. In recent years, web-based communities of patients have appeared. Members of these communities discuss their problems and find solutions/cures together (for instance, in France: http://www.entrepatients.net/fr, or in Germany: http://www.gemeinsamselten.de).

What is your opinion? How can we help identifying lead users who don’t know about these communities? How can we help them make their innovative solutions broadly available? Could Presans help?

For more information on this year’s Open and User Innovation Conference, held at University of Brighton, you can find here.

“An allergy is a chronic condition that obliges patients to strictly adjust their lives. Whereas allergies as a whole are becoming more and more common, very severe forms such as the twins Eric and Evan Edwards have, are extremely rare. As young children, both Edwards’s brothers were diagnosed with life-threatening allergies to a wide range of items. Life- threatening in their case means that the exposure to one or more of the allergy-causing substances may very rapidly lead to a physical shock which, when remained untreated for a certain amount of time, will result in death. In order to prevent them from an allergic shock, they had to carry with them a life-saving epinephrine dose all the time. Over time, however, the epinephrine delivery systems became more and more uncomfortable for them. In the twins’ opinion, the devices were awkward to carry and difficult to use. In their late teens, Eric and Evan decided to develop a better solution for people just like themselves. They designed a new epinephrine delivery system that was really developed thinking about patients’ needs. They took special education to develop their skills for designing, and together with their family and some initial financial supporters, they formed the company Intelliject. The E-cue solution, a novel epinephrine auto-injector, was approved by the Food and Drug Administration (USFDA) of the United States in 2011 and currently the company has 33 patents issued and more than 60 others pending.” (Habicht, H. et al., 2013).

“Amit Goffer was paralyzed in a car crash in 1997. He received the usual therapy starting with life-saving first aid and reconstructive surgery followed by physiotherapeutic treatments and a wheelchair that would allow him to somehow cope with his paralysis. But instead of accepting his disability, he used his skills as an engineer to invent a device which could help him get out of his wheelchair. He invented electronic trousers ReWalk that, with a computer and complex construction, help paraplegics to stand and walk, using crutches for stability, let them move their upper body in different ways. A harness around the patient’s waist and shoulders keeps the suit in place, and a backpack holds the computer and rechargeable 3.5- hour battery. It is now available in rehabilitation hospitals and centers in Europe and in the USA. Amit is also the founder of a company that produces the device (Argo Medical Technologies). In 2011 ReWalk got FDA approval. In January 2012 it was awarded the iF product design award 2012. In the beginning of May 2012, a paralyzed woman has become the first person to complete a London marathon wearing ReWalk.” (Habicht, H. et al., 2013).